Posted on February 2, 2011 by Laura Stanfill 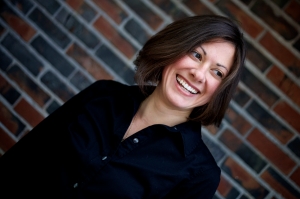 Sarah Cypher is a talented literary fiction writer, an articulate spokesperson about the finer points of the craft and an especially insightful manuscript editor. Honestly, she’s dazzling—on the page and in person. Ever since we met in 2008, Sarah’s wisdom about writing has enriched my life as well as my work. She interviewed me two weeks ago, and I’m thrilled to share her perceptive observations today.

Sarah’s the author of two novels, THE IDIOT’S TALE and the still-in-progress SHAHIDA. She’s also the editorial brains, and the businesswoman, behind The Threepenny Editor, a successful full-service editing firm. Along with manuscript critiques, The Threepenny Editor offers copyediting, ghostwriting, query letter assistance and a range of pre-publication and design services geared toward self-publishing writers.

Sarah recently published THE EDITOR’S LEXICON: ESSENTIAL WRITING TERMS FOR NOVELISTS. It’s a thoughtful, concise compendium of topics and definitions informed by her years as a professional editor. While it’s a must-have guide to literary terms, I find myself dipping in to read for pleasure–or to diagnose why a certain scene isn’t working.

Welcome, Sarah, and congratulations on The Threepenny Editor’s ninth anniversary!

1. You’ve been a freelance manuscript editor since 2003. Has your professional experience, and your familiarity with common writing pitfalls, changed the way you approach your own long-form projects?

Being an editor taught me how to keep a comfortable distance from the page. Ten years ago, admitting that my fiction was too complicated (or boring, or whatever) was, to me, tantamount to saying I was too complicated (or boring, or whatever); and then I’d spend days in a funk. Now, I can re-read a messy chapter and say, “This is a typical first draft. Good work. Now figure it out and try again.” I’ve always tried to be respectful and helpful when working with other writers. It took a while to be that person for myself.

2. Tell us about your current work, SHAHIDA—the basic story, the meaning of the title and where you are in the writing process.

The title is an Arabic word that means both “female witness” and “female suicide bomber,” which will tell you something about the plot. A young unwed mother joins a group of disgraced women in Gaza City, but what begins as the promise of help takes her into the world of female suicide bombers. She then makes some unsavory compromises trying to get herself and her daughter to safety.

The story takes place forty years in the future, after a global disaster that changes the political shape of the Middle East. It’s about what would be different, and what elements of shame and struggle we might still see in a society whose radicals no longer can define themselves in opposition to “the decadent West.”

I’m about a dozen scenes from the end of a first draft, though I have been editing as much as possible while writing.

3. You devoted a year to research before officially starting the first draft of SHAHIDA. Many writers shy away from that kind of grueling immersion in background material. What has worked for you in terms of discovering useful information and then keeping track of those details? Do you take notes? Make lists? Or do you keep everything in your super-organized brain?

I wish I had a super-organized brain! A semi-organized desk and piles of notes have sufficed, along with MindNode, a program for idea-mapping, to keep track of all the many parts of this novel.

I needed the year of research just to feel confident that I could make up a world similar to the one we live in. I’m a little obsessed. Suicide bombing did not originate in the Middle East, but the Israel–Palestine conflict, 9/11, and our two wars brought it into our social consciousness as something “incomprehensible,” “evil,” and sociopathic. These words are used so often that they’ve congealed, and there is nothing a writer loves better than to stick her finger in the pudding and stir. I started reading, and got interested in the puzzling case of women, whose gender roles in Arab culture, along with many case studies, taunt the conventional wisdom about suicide bombers. It forces some interesting questions, so the research was really just a continued experience of reading fascinating material.

4. Let’s talk about your finished novel, THE IDIOT’S TALE. What’s it about, and why did you choose to tell this particular story?

It’s a magical realist novel about the first grandchild to be born to an immigrant Palestinian family in America. Elspeth is born with blue skin, and resulting issues of her custody and care draw out her family’s conflicts over their integration and acceptance. The story is about folklore, family, cycles of violence, and of course, identity.

Most of my family is Arab, very practical—and nine years ago I sort of ran away to Portland, Oregon to be imaginative and artsy. But then I spent seven of those years trying to write an Arab-American realist novel, until I remembered that I only enjoy writing when I get to stretch my imagination. Hence the excursion into magical realism, and into a postulated future in SHAHIDA.

5. Your work evokes a strong sense of place. Have you been to all the locations you write about? Please share a few tips on crafting such vivid scenes.

It’s difficult to enter Gaza—I’d need to be a journalist like Matt Rees. For the facts, I’m limited to research: I obsessively Google-Earth my locations, look at pictures and YouTube videos, rent films, read blogs, talk to my friends who grew up in the Middle East, and check out books current and historical from the library.

I wish I could visit the futuristic Gaza of SHAHIDA, or the half-historical, half-fable village of THE IDIOT’S TALE. But I will have to demur to Ursula LeGuin’s answer in a similar vein: “I write about imaginary countries, alien societies on other planets, dragons, wizards, the Napa Valley in 22002. I know these things. … I got my knowledge of them, as I got whatever knowledge I have of the hearts and minds of human beings, through imagination working on observation. Like any other novelist.”

My tips are stock and trade for any other writer, too: use vivid, five-senses detail; consider your character’s state of mind and point of view; and enter a scene as late as you can and get out as early as you can, before your reader remembers that she’s a voyeur to your elaborate fantasy.

6. You’re very goal-oriented and deadline-driven when it comes to editing others’ work and writing your own novels. How do you stay on task? Has your athletic conditioning, and training for triathlons, influenced the efficient way you structure your writing life?

When we met, Sarah was a Portland, Oregon, resident, but now she’s enjoying life in Portland, Maine.

I learned that I need four things to stay sane: writing, exercise, paying work, and goof-off time with the people I love. Over a period of years, I’ve also learned that any given day has room for only three of those things; but over a week’s time, they need to be in equilibrium or I enter a funk and get nothing done at all.

Staying on task is usually simple. I worry a lot about keeping promises to people—whether the context is a client’s project or a date night with my partner. I don’t like to let people down, including myself. Conventional wisdom says that high expectations are unhealthy, but everyone is a little crazy, and this little bit of craziness makes overall sanity possible.

7. Writers spend many solitary hours hunkered over the computer, but when it comes to promoting our work, we’re supposed to shed our over-caffeinated anonymity and turn into suave marketing geniuses. You’re one of the best role models in terms of your strong presence on the web. How has blogging, Twittering and maintaining two web sites helped you attract new editorial clients and/or market THE EDITOR’S LEXICON to a wider audience? Any tips for those of us who want to grow our online presence?

Shucks, thank you! The biggest lesson I learned was that people don’t look; they glance. So I’ve tried to keep my business website small and clean, and write web copy that was simple, brief, and spoke to a visitor’s most likely reason for visiting.

I don’t think of myself as being good at social networking, though. It was one thing to publish my writer’s guide, THE EDITOR’S LEXICON, but getting strangers to buy it cold—without the one-on-one rapport I get to build with potential clients—has been difficult. Kind words from Jeff Baker in The Oregonian’s book section, however, correlated to a big sales boost; so I think unsolicited word-of-mouth praise helps.

The market is crowded, many good writers are publishing books, and the Internet is populous and noisy. That’s where a network helps, and especially an ethos of mutual aid. I’d recommend focusing time on building online relationships with highly connected people—like writing-related Twitter users with followers in the tens of thousands—and showing them that you offer valuable content. One tweet from @AdviceToWriters about my recent blog post, for instance, spiked my blog’s traffic over 100 percent for one day. That kind of momentum requires other people’s help; you can’t do it alone.

Speaking of her online presence, Sarah’s web site is www.sarahcypher.com. Her blog resides here: www.sarahcypher.com/blog. The Threepenny Editor, http://www.threepennyeditor.com, has a wonderful new site design as of today. You can buy copies of THE EDITOR’S LEXICON here. Oh, and find her on Twitter here.

Thanks for the interview, Sarah, and for being such an important part of the writing community!