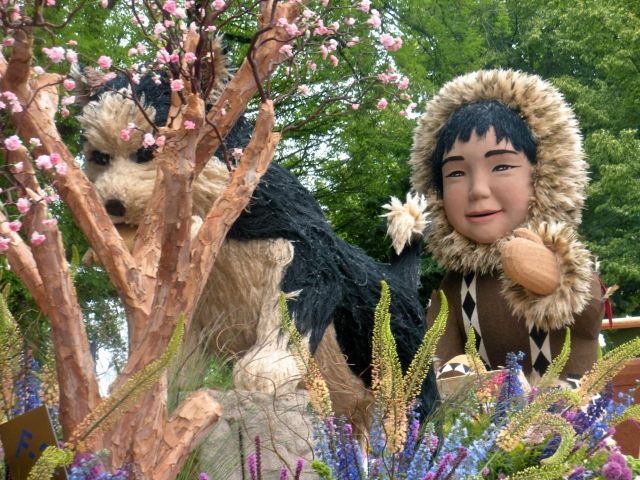 One of my favorite family traditions is going to the Grand Floral Parade each June in Portland, Oregon. Here are a few photos from Saturday, taken with our point-and-shoot because I didn’t want to lug my big camera downtown with all our other gear. 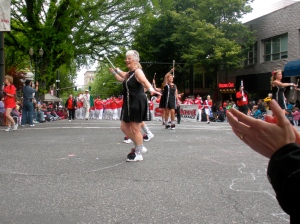 I always love the One More Time Around Again Band for the members’ enthusiasm and the wide variety of ages. 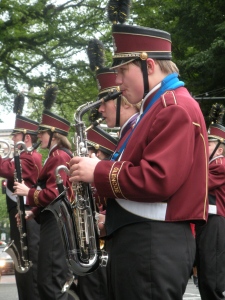 A closeup of a Glencoe High saxophonist. 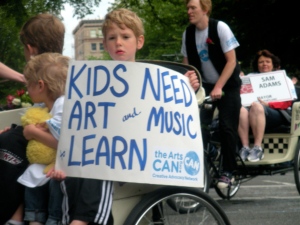 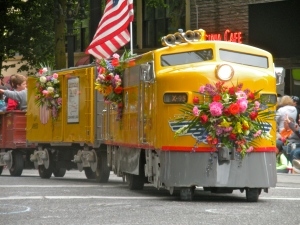 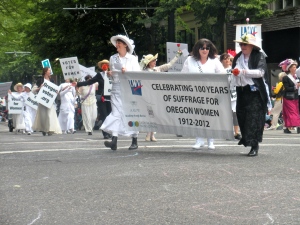 I loved these women for their message and their historical costumes. 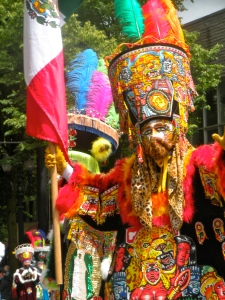 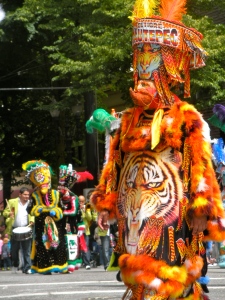 Note the amazing tiger face in the middle of this outfit. 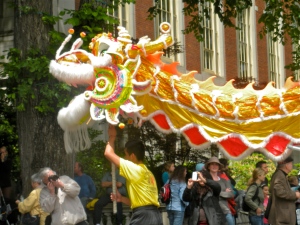 The Northwest Chinese Alliance Marching Group brings a dragon along the parade route.

If you’re interested, you can read more about the Comparsa Orgullo Morelense Cemiac group on the Oregonian site. There’s a short video about the man who put the group together and his fabulous costume, which features Multnomah Falls and other Oregon images.

Have you been to a parade this year?

12 Responses to It’s a Parade!