Author Interview: David Corbett on The Art of Character

Win a copy of David Corbett’s insightful book by commenting on this blog post by Friday.

David Corbett’s new book on the craft of writing encourages writers to relentlessly explore their characters’ motivations, frustrations, and inner conflicts. The Art of Character: Creating Memorable Characters for Fiction, Film, and TV does exactly what its title suggests, guiding writers through the intimate act of effective character creation.

While it’s an excellent primer for beginning writers, offering myriad exercises and questions, it’s also a useful diagnostic tool for established writers seeking to expose and correct flaws and flat spots in their works-in-progress. The Art of Character uses wide-ranging examples from Shakespeare to popular movies. The final section of the book demystifies the mechanics of using those fleshed-out characters wisely, including sections on scene, language, and effective dialog.

I’ve always considered myself a character-oriented novelist, often at the expense of plot. When embarking on my third novel, in an attempt to correct that tendency, I constructed an elaborate story featuring all sorts of action intertwined with historical details. Alas, I overdid the plotting and ended up with a wooden protagonist whose inner motivations were sacrificed to getting my nineteenth century timeline to work. I’ve spent the past two years trying to diagnose my character issues and turn my protagonist into a fully fleshed character, and if I had David Corbett’s book as a resource at the beginning of the process, I expect I would have figured things out quite a bit faster.

The Art of Character, published in January by Penguin Books, quickly sold out of its first printing. It has been blurbed by many notable authors, including Cheryl Strayed, Jacqueline Winspear, and Luis Alberto Urrea. It was named one of the thirteen top picks for writing guides for 2013 by The Writer Magazine.

This week I’m giving away one copy of The Art of Character—a paperback to residents of the US or Canada, or an ebook to any other country. Comment below by Friday, July 12, at midnight, Pacific time, and I’ll choose one winner using Random.org. If I cannot reach the winner within a week, I reserve the right to draw a new winner. If you reblog this post, or share it on social media, each share will count as a separate entry, but be sure to come back and leave a comment saying where you shared it.

It’s such an honor to welcome David Corbett to the Seven Questions Series.

1. Tell us about The Art of Character. What prompted you to write a craft book focused on character?

The Art of Character was my response to what I perceived as a vacuum in quality books dealing with the craft of characterization. 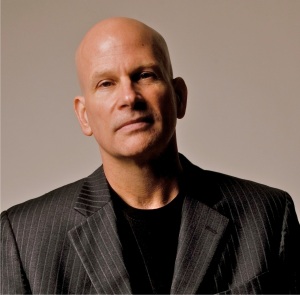 The trend in recent books on writing has been on structure, with character seen as a crucial element of that, but character is never the central focus. Robert McKee’s Story, John Truby’s The Anatomy of Story, and Christopher Vogler’s The Writer’s Journey—three of the most influential texts out there right now—all touch on character, but in the first two books it’s dealt with primarily in functional terms (how character serves the story), and Vogler’s approach sees character more in terms of archetypes than real people. All pronounce the importance of character but give little real guidance on how to conceive or develop great characters.

The guides I’ve read dealing specifically with character also felt strangely formulaic or uninspired to me. All had decent tips but I felt they missed the crucial element: That there is no way to create great characters without a comprehensive understanding of oneself and the elements of one’s own life that form the foundations of personality. Your material is yourself. Or, as Chekhov put it: “Everything I know about human nature I learned from me.” My book tries to teach how to be a perceptive and responsive student to one’s own human nature, the better to deliver that understanding to one’s characters.

2. You’ve devoted a chapter, and many subsequent paragraphs, to desire. Do you subscribe to the idea that desire is the primary motivating force for characters, or is it just one force of many?

I also have a chapter titled “Serving and Defying the Tyranny of Motive,” which deals specifically with both the importance of desire in depicting character and the understanding that desire doesn’t exist in a vacuum.

I emphasize forging an intuitive bond with the character, and this involves understanding not just his wants but his fears, his hopes, his insecurities, his pride, his shame, his capacity for joy, his guilt, his enjoyment of success, all with the purpose of exploring the crucial events in his life to better comprehend the physical, psychological, and sociological elements of his personality.

3. As a small press publisher, I’ve been using the term “character-driven literary fiction,” meaning quiet, relationship-oriented novels that still have plenty of plot. Is there such thing as character-driven fiction or are all stories driven by character?

There’s an old saw in writing: The question, “What’s more important, character or plot?” should be answered with: “Which side of a dollar bill is more valuable?”

Plot without character is just a series of events, “one damn thing after another.” In most stories worthy of the telling, motivated characters create the events of the story, and understanding and depicting those motives (along with other elements of personality) is normally what we mean by characterization.

However, in certain types of genre fiction, where the hero is a thinly disguised archetypal figure, such as Sherlock Holmes or Jack Reacher, characterization is often secondary because readers of these books want briskly paced entertainment, not an exploration of the human condition.

But readers and writers of literary fiction who sneer at genre fiction as inherently inferior are revealing considerable ignorance, because there are a great many genre writers who explore character exquisitely: Kate Atkinson, Denise Mina, Dennis Lehane, Daniel Woodrell, Deborah Crombie, to name a scant few.

4. How does your background as a private investigator affect how you mold the characters in your own work?

I think my emphasis of secrets and contradictions, as well as my insistence on the importance of intuition (not logic), are the fruit of my PI experience. I learned how complex and contradictory people are, how everyone has something to hide, and how your gut instinct is always way ahead of your mind when it comes to understanding someone else.

5. Many novelists have trouble imbuing their beloved characters with realistic flaws and then letting them make big mistakes. Why are imperfect characters so important in storytelling?

Most great stories begin with a character suffering from a flaw, a wound, or a weakness, and the arc of the story reveals them learning how to correct that flaw, heal that wound, or overcome that weakness. It’s the character’s gaining of insight into his own imperfection that provides perhaps the most dramatic moment in the story: the crisis of insight.

A character without flaws has only one way to go: down. The conflict in the story will likely turn him into a noble victim, perhaps the least interesting life form known to man.

If you want a perfect character, read the Gospel of John, where Jesus is benevolently divine—and infinitely boring. Saint Peter, for my money, is far more engaging, precisely because he’s wildly flawed.

6. It’s not enough to plumb the depths of a character; that character then has to engage with what you term “the teeming world.” Can you tell us a little about the connection between a character and his or her environment?

You have a unique talent for asking questions it could easily take an encyclopedia to answer.

Several times in the book I say something I learned early on in life: You don’t know yourself by yourself. We learn who we are through engagement with the world, through overcoming difficulties and facing misfortune, through commitment to ideals and devotion to loved ones and sacrifice on their behalf. Thoughts and feeling are all well and good but action commits us—we’re responsible for what we’ve done. And we often judge ourselves through our relationships with people whose opinions we value.

7. You’ve organized The Art of Character in an organic, accessible way—from the initial brainstorming process to a final section on storytelling mechanics. I’d love to learn a little bit about your writing process and how you came up with this particular four-part structure.

I’m not sure my own messy process mirrors the organic methodology of The Art of Character. If only, as they say.

I came upon that organizational method because it seemed the clearest and easiest to understand. You start with an inkling of a character, then develop it, then see where he or she fits into your story, then get down to the final depiction on the page.

But writing is often a seesaw, back-and-forth, trial-and-error process. As I note in the book, most writers start with a story idea, where the characters are vague and ill formed: plot puppets, as it were. However, once you begin exploring the unique qualities of the characters, they develop traits and inclinations that may or may not fit your story idea. And so through imagination—asking the Stanislavskian “What if?”—you have to develop a deeper understanding of both the characters and the story to recognize why they converge; why in fact the characters not only belong in the story but out of necessity make it happen. That can take a while. It often requires a lot of false starts and discarded drafts. But writing is rewriting, as Eudora Welty so aptly said. That’s true even for the authors of writing guides.

Thank you so much for participating in the Seven Questions Series, David, and for answering my detailed questions! It was a wonderful experience to interview the author of such an invaluable craft resource. And remember, comment here by Friday, July 12, for a chance to win a copy of The Art of Character.

David Corbett is the award-winning author of four novels: The Devil’s Redhead, Done for a Dime (a New York Times Notable Book), Blood of Paradise (nominated for numerous awards, including the Edgar), and Do They Know I’m Running? His text on the craft of characterization, The Art of Character, was published by Penguin in January 2013. David’s short fiction and poetry have appeared in numerous journals and anthologies, including Mission and Tenth, The Smoking Poet, San Francisco Noir and Best American Mystery Stories (2009 and 2011), and his non-fiction has appeared in the New York Times, Narrative, Zyzzyva, The Writer, and Writer’s Digest. He has taught both online and in classroom settings through the UCLA Extension’s Writers’ Program, Book Passage, LitReactor, 826 Valencia, The Grotto in San Francisco, and at numerous writing conferences across the US. He lives in northern California. For more information, visit www.davidcorbett.com.

34 Responses to Author Interview: David Corbett on The Art of Character